History of the Needmor Fund

History of the Needmor Fund 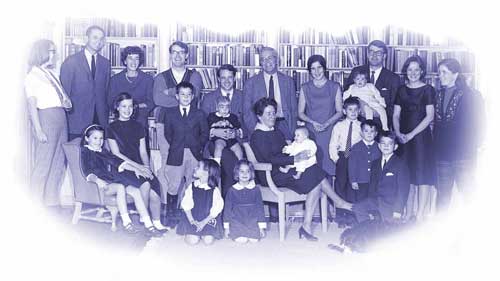 In 1956, Duane and Virginia Secor Stranahan created the Needmor Fund to facilitate their family’s charitable giving. In creating The Fund, they carried forward their parents' legacy of community stewardship: in the late 19th century, as a landmark family in a bustling new city, the Secors were pivotal to Toledo's economic, intellectual, and cultural formation; in 1910, Frank Stranahan and his brother Robert founded The Champion Spark Plug Company, which was to become a leader in corporate accountability and philanthropy. The work of the Needmor Fund continues to be informed by the energy, vision, and generosity of these forebears.

The Fund initially served as the mechanism for family members to support nonprofit institutions according to their own interests. In 1974, hoping to maximize their impact, the family pooled their philanthropic resources and hired an executive director to lead them through the development of a grant making process. Since that time, the work of the Fund has been distinguished by a remarkable degree of family involvement, substantially enriched by non-family committee and board members.

Needmor first encountered community organizing as it responded to grant requests from all across the country. Groups of determined men and women had banded together to assert and reclaim their rights in the face of blatant and sometimes brutal systemic injustice. In twos and threes, board and family members visited these groups and discovered a fiercely democratic process called community organizing. We met its scrappy, brave, resilient leaders. We heard its David and Goliath stories.

We also learned that organizing can respond to many different issues, yet it is always a story of tenacity, intelligence, and courage -- a testament to human potential. Each of us was powerfully moved, no matter where we were on the political spectrum. As our awareness and understanding of organizing grew, we also discovered that it was a field very few foundations supported. Hence, the Needmor Fund found its mission.

To this day, we continue to fund grassroots community organizing. We have, however, also committed ourselves to the goal of widening our small circle of philanthropic colleagues who fund organizing. We want to share the good news: it is possible to bring about profound differences in the life of a community just by giving its members a voice.  It is possible for even modest grants to help accomplish significant victories in the ongoing struggle for a more democratic society.

We are convinced that working in relationship with gifted community organizers has imparted a unique energy, honesty, and clarity of purpose to our enterprise.  We are supremely grateful that they have allowed us, the funders, to become trusted friends.

To learn more about our history of funding community organizing, we invite you to read: